Way back when I started using this site it was great, you had loads of options and it was free. Nobody warned me they had gone all hipster and are trying to hide half of their features behind a paywall. Funny thing is, I like Wpress enough that if it was say £20/year I would pay that, but £85? No thanks.

The mischief continues at http://shatteredgarden.blogspot.co.uk/

If all one of you could update the link that would be great, thanks. There’s never a convenient time to do this but better now while it’s still on the runway. Will keep this site open as a backup if needed.

According to our beloved corporate media, the big tax evaders in this world are Putin, Assad and Sepp Blatter. No mention of the Cayman Islands, City of London, Switzerland…Rothschilds, Rockefellers, royals of Europe, Gates…nah they all pay their taxes.

Whoever leaked the Mossack Fonseca papers appears motivated by a genuine desire to expose the system that enables the ultra wealthy to hide their massive stashes, often corruptly obtained and all involved in tax avoidance. These Panamanian lawyers hide the wealth of a significant proportion of the 1%, and the massive leak of their documents ought to be a wonderful thing.

Unfortunately the leaker has made the dreadful mistake of turning to the western corporate media to publicise the results. In consequence the first major story, published today by the Guardian, is all about Vladimir Putin and a cellist on the fiddle. As it happens I believe the story and have no doubt Putin is bent.

But why focus on Russia? Russian wealth is only a tiny minority of the money hidden away with the aid of Mossack Fonseca. In fact, it soon becomes obvious that the selective reporting is going to stink.

The Suddeutsche Zeitung, which received the leak, gives a detailed explanation of the methodology the corporate media used to search the files. The main search they have done is for names associated with breaking UN sanctions regimes. The Guardian reports this too and helpfully lists those countries as Zimbabwe, North Korea, Russia and Syria. The filtering of this Mossack Fonseca information by the corporate media follows a direct western governmental agenda. There is no mention at all of use of Mossack Fonseca by massive western corporations or western billionaires – the main customers. And the Guardian is quick to reassure that “much of the leaked material will remain private.”

Of course I am against people who on the one hand benefit from the system, yet on the other don’t pay the taxes they are happy to take from others. A problem for the libertarian movement is that the rich selectively use libertarian rhetoric to justify things like this, while they wouldn’t dare suggest libertarian things that may benefit the poor, such as abolishing the corporation as a legal entity, or abolishing intellectual property. This is a scourge on the libertarian movement and should be rejected.

Let’s see how things have moved in the last 4 years. I’ve been lurking and reading a bit, nowhere near as much as before though.

Learnt some valuable lessons from the past…a blog isn’t going to spark some sort of glorious revolution of the mind. I guess no raindrop ever considered itself responsible for the flood…my point is though, no unrealistic expectations this time. Frustration at writing more or less the same stuff without anything changing in the world (shocker) was the main reason I quit. Blogging can be such a digital goldfish bowl sometimes.

However, there is so much going on at the moment, I had to get back into contributing. It’s amazing what is going on in America, as a British citizen I envy your freedom movement so much. Europeans on average are more wise in some ways, but also more cynical and corrupt than Americans, so it’s important to be pragmatic.

In absolute terms I believe in applying the golden rule to politics, which naturally leads to the only non-violent form of government, market anarchy. Maybe some day people will accept taxation to be immoral theft – just as slavery, feudalism and monarchy used to be central pillars of society “oh but we *need* slaves or our world would fall apart” – but for now I would rather work with what we have and keep the lights on so to speak. Nationalism and populism being the order of the day, heck even pro-worker socialist ideas aren’t that bad compared to free trade with China. The left and right need to unite against the system.

Can we stop ww3? Will crypto-currencies undermine the corrupt banking system? Are the events of Revelation coming to pass or is that a con to subdue Christians? I can’t wait to post links to other people who are trying to answer these and other questions 🙂

It’s guaranteed to be fun. 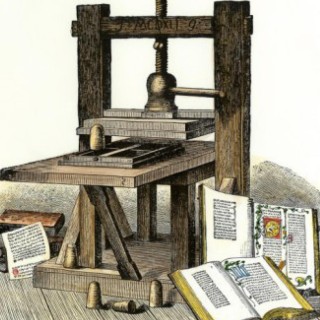 Reporting ignored truths from the UK's equivalent of Flyover Country.